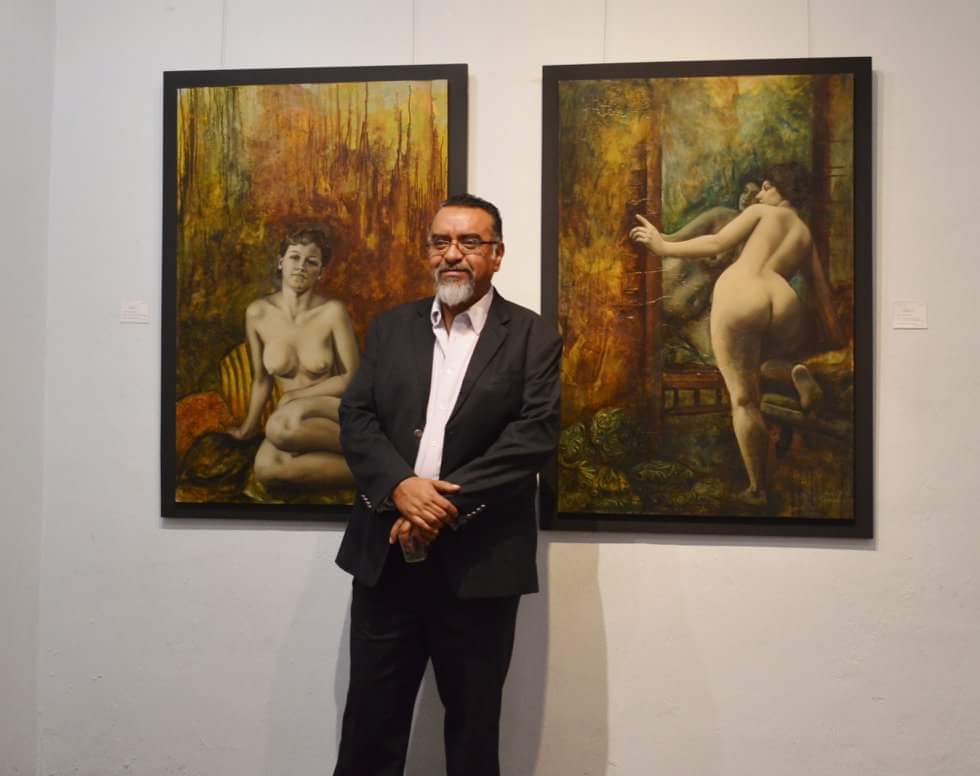 It is easy to see through the eyes of Josue Jimenez as his bespectacled visage stares back at you from behind a golden frame. But what at first looks innocently curious and playful holds deeper meaning upon closer observation. Mixing several styles from neo-expressionism to realism, Josue’s primarily figurative work opens a window into the multiple natures of humanity, persuading us to call into question our own personal sense of self and the true nature of what lies within. That which lies deep within he lays bare as the artist, giving us the vulnerability needed to challenge the status-quo. The beauty of the lowest and most common in society is invited to sit at the same table as mythical legends putting them on equal footing in Josue’s work. Thus, a powerful statement is made: sublime beauty is held in equality.

With a firm belief that patience and tenacity are just as important as talent and that both can be taught Josue’s work goes beyond practice into the scholarly. Originally from Zacapu, Michoacán, he is the founder and co-director of Laboratorio Mecanica Grafica in Guadalajara, and organization that supports new artists through workshops, productive mentorship and creative stimulation. He is also the CECA Jalisco scholarship holder, has had four solo shows and had exhibited in over 70 collective exhibitions.