Charcoal and oil on canvas

Charcoal and oil on canvas 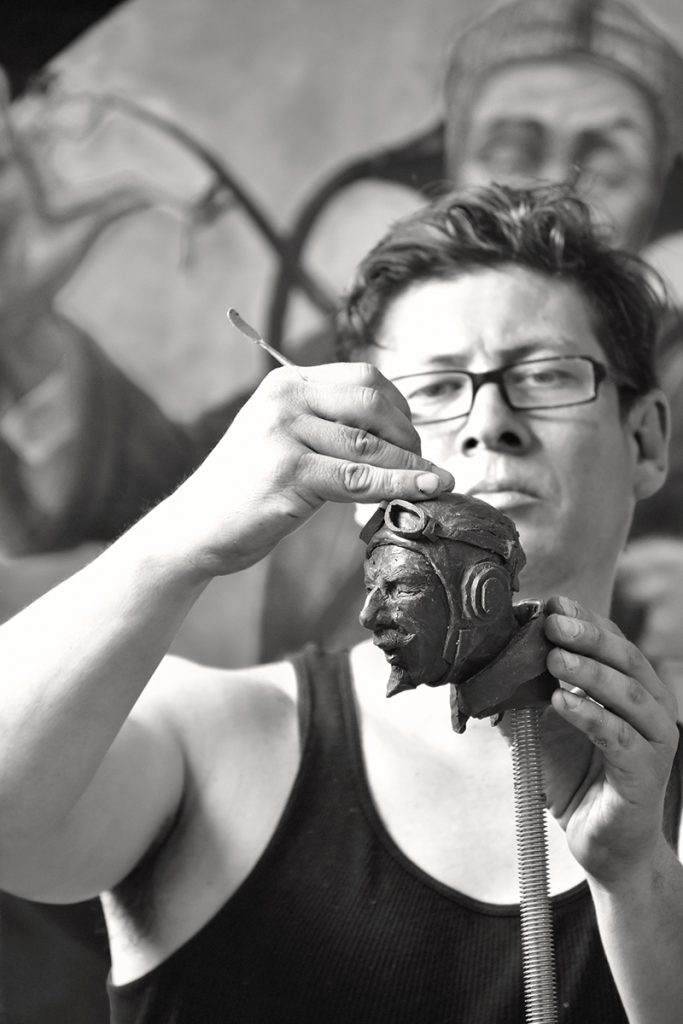 Music to the eyes, you can almost hear the vivid colors and characters in Meme’s art. It is whimsical, melodic and uplifting with a touch of the unsettling element-a constant commentary that plays with our vision of the world by layering in his own paradoxical visions filled with hyper-realistic troubadours and muses playfully toying with the religious, political and emotional toils that seem to divide our world today. In his world the barriers are broken down as the disparate sides interact lyrically with playful melodies. It is the door to a new world of wonder that is both the happiest place on earth and the saddest place on earth, a safe space in which to face our fears and enjoy doing so. In the embrace of this musical toy land we find a joy and a vibrancy that brings out the song from deep within. Welcome to the Worlds of Meme.

If one spends any amount of time with Meme – a pseudonym for José Manuel Navarro Dueñas - they are fully aware that he actively inhabits these worlds as well as his hometown of Guadalajara. Constantly humming and whistling the self-trained artist was drawn to cartoons at an early age when he even began to draw some of his own. He has exhibited all throughout Mexico and abroad in such cities as Paris, Hamburg, Coimbra and New York. His infectious laugh and obvious zest for life should not bring into question the serious influence he brings to the Mexican art community. Cultivating emerging artists through programs and housing is a hallmark of his leadership in Guadalajara’s art scene. He is also a founding member of Rutas Plasticas, an non-profit whose mission is to bring art to every corner of Jalisco no matter how small.